Formed in 2007, Dublin twin sisters Ellie and Louise MacNamara of Heathers are making their mark on the music scene at home and abroad. This is one duo who don’t do things by halves; they released their first album Here, Not There?in 2008 while doing their Leaving Certificate and 2014 saw the release of their second album Kingdom and a single Forget Me Knots which became an anthem in a number of mental health campaigns here in Ireland. Heathers are official ambassadors for Ireland’s annual culture extravaganza, Culture Night, which takes place tomorrow?Friday, September 16th and they spoke to IMAGE.ie about their musical beginnings, the importance of mental health awareness and the Irish music scene:

Tell us more about your musical beginnings

We come from quite a musical family. Growing up, there was pretty much always some sort of extended family singsong taking place in the kitchen. Paul Simon’s Graceland?and the Cats the Musical soundtrack were two concrete favourites in our tape deck. When we were in secondary school, we joined the choir. It was here we really learned to hone our harmonies. When we were around fifteen/ sixteen, we started going to gigs in Greystones in Wicklow. There was a strong DIY music scene there at the time. We made friends with people who were putting on their own gigs, writing, recording and releasing their own music This encouraged us and gave us the confidence to do the same. And in terms of our band name, we’ve always had trouble with deciding names, whether it be songs, albums?We wanted to put music up online and had to have a name to put with it. ?Ellie and Louise? just didn’t do it for us. We had just watched the 80’s cult classic Heathers with Wynona Ryder and Christian Slater. We were obsessed. That’s where it all began!

Working together as twin sisters has to be tricky!?

When it comes to writing and performing, being sisters means we can be completely honest with each other. We know each other better than anyone else, so if we happen to have an argument over something, we make up within minutes. Touring is incredible, but it can get lonely at times, so it’s very nice to have a member of your family there with you. At the same time, we are our own people. As twins, I think it’s very important to have independence. Working together all of the time makes that difficult. We’ve learned to balance the two though and for now, we’re not killing each other!

How do you find the Irish music scene at the moment? 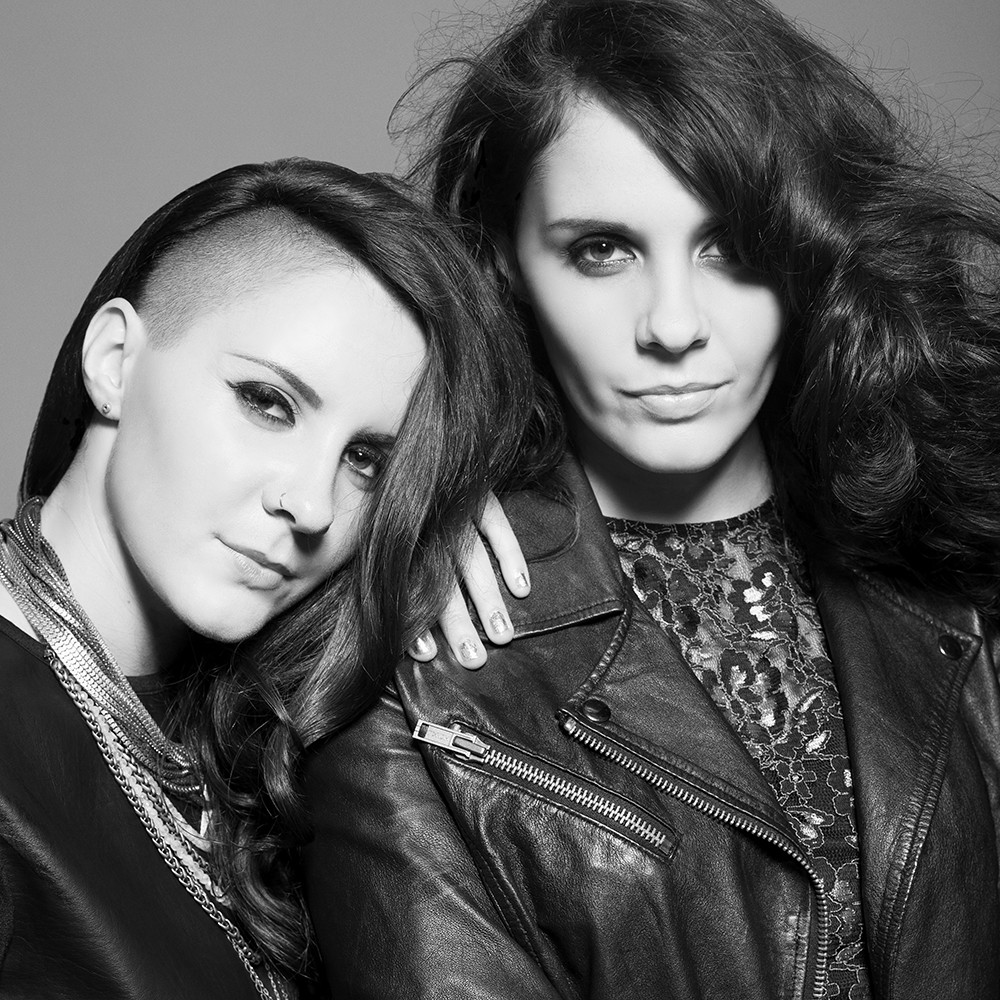 What musical acts (Irish and otherwise) do you admire?

At the moment, we’re listening to a lot of Christine And The Queens – she’s incredible. Also, All Tvvins. Lar and Conor are two of the hardest working musicians we know and have just released their debut album; it’s excellent and on repeat.

Your track Forget Me Knots became an anthem in a number of mental health awareness campaigns in Ireland,?tell us more about that experience

Mental health awareness is very important to us. Ellie has battled with anxiety for a number of years, which has come with many ups and down. This, along with many other experiences with different mental health issues, has made us very aware of the importance of looking after our minds. We wrote Forget Me Knots after a friend of ours took her own life. It was written mostly to ourselves and at the time we didn’t realise the impact it would have on other people. We have had countless messages from people who love the song and who feel that it has had a huge impact on their lives, and this means so much to us.

Describe your signature looks on stage

We definitely have to be wearing something comfortable on stage that we can move around in. For me (Louise), that usually means runners or boots, black skinny jeans, and a t-shirt. Very basic. For Ellie, usually skinny jeans or a dress and leather jacket.

Where are you performing on Culture Night?

We will be playing a little set in between screenings of Song of The Sea at the Lighthouse Cinema in Smithfield, Dublin. This movie has garnered a serious amount of praise since its release, but we haven’t actually seen it yet. So we are really looking forward to seeing that movie, but also playing a stripped-back set of Heathers? tunes for the people who attend the screenings on the night. As far as we know, The Lighthouse will be screening two versions of the film on the night – one in Irish and one in English. So it’s great that the cinema – and the film creators Cartoon Saloon – are using Culture Night as a means to promote a) Irish film but also b) our native language.

Do you have any pre or post-performance rituals?

To this day we still get quite nervous before performing, whether it’s to 15 people or 5,000 people. Before a gig, we like to be in a relatively relaxed atmosphere. Usually, we warm up, do some stretches and listen to some music. Post-performance ritual is usually a cold beer or a large glass of wine!

Heathers are official ambassadors for Ireland’s annual culture extravaganza, Culture Night, which takes place tomorrow?Friday, September 16th.?On the night over 3,000 free events take place in over 1,400 venues in 40 villages, towns, and cities around the country. Visit www.culturenight.ie to view the full programme. Their latest single ‘Call Home’ is available to buy or stream now, for more visit their official website, heathersmusic.net