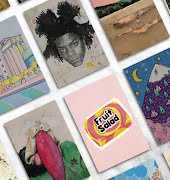 REPRO FREE***PRESS RELEASE NO REPRODUCTION FEE*** EDITORIAL USE ONLY Unveiling of Liberty Fields”, Guinness’ New 5-Minute Documentary and TV Advert 14/8/2019 Pictured at the unveiling of “Liberty Fields”, Guinness’ new 5-minute documentary and TV advert, in the Guinness Open Gate Brewery are former Irish International Rugby Player and Chair of Sport Ireland’s Women in Sport committee, Lynne Cantwell, former Irish International Rugby Player, Jamie Heaslip and RTE producer Elaine Buckley. “Liberty Fields” tells the inspirational story of a group of women who defied societal norms in 1980s Japan by forming a women’s rugby team. In 1989 Tokyo, women’s rugby was almost unheard of and the team faced ridicule and hostility, but these women were undeterred and they soon became one of the strongest teams nationally, with many selected to represent their country in the Women’s World Cup. Liberty Fields RFC played at the highest level of competition with no coach, no doctor and very little support. However, these women showed what you can achieve through grit, determination and unwavering spirit. “Liberty Fields” is the latest story in the iconic “Made of More” series by Guinness, which champions real people around the globe who act with extraordinary integrity and character to enrich the world around them. Pictured is RTE producer Elaine Buckley Mandatory Credit ©INPHO/Dan Sheridan

With the success of this summer’s Women’s World Cup, we sat down with the woman behind the coverage of the event on Irish TV, Elaine Buckley, to find out about its impact and what more needs to be done.

I can judge a person instantly by the strength of their handshake.

Too light means they are unsure. Medium grip means they are confident but still have niggling feelings of self-doubt. A strong handshake, however, is an indicator of assuredness. This is the impression I formed of Elaine Buckley upon first meeting her.

A few minutes into the interview I realised she was staying true to form. The impression I formed of Elaine was one of toughness but in the best possible way. Working in a male-dominated arena, namely the area of sport, means she has to fight for a lot more.

Elaine is the woman behind this year’s extensive RTE and TG4 coverage of the FIFA Women’s World Cup and the Women’s Hockey World Cup last summer. I met with Elaine at the launch of Liberty Fields, a documentary-style advert by Guinness that tells the story of a group of women who defied the social conventions of 1980s Japan, by forming an ultimately indomitable rugby team.

Over the past few months, I’ve asked a lot of female sports stars about what they believe are the main issues in sport. Each gave me much the same answer regarding lack of facilities and the missing link that is media coverage.

I was interested to find out what someone who works directly in sports media thought. “Media coverage is so, so important,” says Elaine. “That comes from finding out when matches are on that you can go and support and knowing the key players. It’s having material out there for people to find and people to happen across.”

“Do they see women’s sport as something that is part of the 12 months or something which fills the quiet pockets when men’s sport dies down?”

Elaine says it has improved drastically in recent years. Even in 2011, if you wanted to find information about a women’s fixture it might not have even made the national governing body’s website.

While there are very clear issues with female sports coverage in the media, Elaine says there is no quick fix. She believes the main issue is cultural. “In terms of how news desks operate and how editors see the sporting calendar – do they see women’s sport as something part of the 12 months, or as something which fills the quiet pockets when men’s sport dies down?” she asks.

Consistency is key, which is something that has been lacking in women’s sports coverage. Historically, women’s sport is only highlighted when a woman achieves something monumental. Elaine believes this is the key change which needs to be made. “Winning a Grand Slam, winning on Olympic medal or getting to a World Cup final is too high of a bar to have in order for teams to get coverage”.

In a 2017 interview, Elaine voiced how she wished people would stop comparing women’s sports against men’s. “It’s so, so wrong. It goes completely against the spirit of sport. It’s like when people watch camogie expecting to see hurling – they are different sports. There is a different rule book and physicality in it. It does a disservice to camogie.”

Elaine asks people “to watch it and take it for what it is.” She makes a convincing and valid point that many of these sports are amateur but are being compared to a professional counterpart. In truth, they are completely separate entities.

As the woman standing over sports coverage, the impact that showing all 52 games of the World Cup was crucial. “The matches were played at prime time slots at 7 pm or 8 pm, and that is people coming home from work who just like to watch football.

“So, people bought into it a lot more and our numbers consistently rose through the tournament, particularly when we got to the semi-finals. But fundamentally, it was just good quality football.”

Seeing such a high level of football can then have a knock-on effect for teams fighting for facilities. Federations start to see women’s sport as a success and then the funding may appear.

Elaine says showing coverage is key in this, even if the outcome is initially unfavourable. “Nobody wants to see their team lose 13-0 to the eventual champions, but there’s a conversation to be had there that the Thailand Football Federation needs to do more if they want to send their team to a major tournament.”

Does she ever think women’s sport will be reported on in the same way as men’s sport? “Probably not to be honest. But I also don’t think that should be the aim.”

“Quality of coverage should be just as important as the quantity of coverage. And again, with the World Cup, that is what we really strove for. The main focus was what was happening on the pitch. Pre-match, half-time and full-time you had a detailed analytical talk about how teams were setting up tactically and how matches were going to be won.

“I think bringing that level of analysis to women’s sport is really, really important.”

If the aim is to take female sports coverage to new heights and gain the recognition it deserves in the media, I’ glad there are strong hands guiding the ship … and a stronger hand-shake.

Read more: Ireland soccer captain Katie McCabe: ‘You are who you are. Be proud of that’

Read more: 20×20 campaign has the power to change the landscape of female sport in Ireland

Aishling Moloney: ‘How are women’s sports going to be recognised, supported and promoted?’