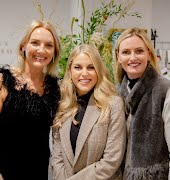 Cheryl and Liam Payne have split up, but why are celebrity break ups still such a source of fascination?

Celebrity splits have long been a source of fascination. And this was still the case when Liam and Cheryl Payne announced their split yesterday after two-and-a-half years together. The former couple first met on The X-Factor when Liam auditioned in front of judge Cheryl as a 14-year-old singer on the show in 2008. Two years later Payne joined boyband One Direction on The X Factor and despite finishing third, shot to global stardom. Now they have a one-year-old called Bear. But why is that any of our business? Here, Sophie White explores our addiction to the love lives of the rich and famous.

We are sad to announce that we are going our separate ways. It’s been a tough decision for us to make. We still have so much love for each other as a family. Bear is our world and we ask that you respect his privacy as we navigate our way through this together.

There are two types of celebrity obsessives in this world (I’m oversimplifying somewhat, feel free to crucify me in the comments) the open consumers of celeb stories and the stealth consumers.

The open consumers are ready to tease out the twists and turns of the lives and loves of the rich and famous. We go DEEP on the details. Who said what, who did what, who just wrapped filming with a potential extramarital love interest…? Perhaps it is unseemly but it is a pastime as old as civilisation. The very word celebrity derives from the Latin word for recognition or renown, ‘celebritas’ and the ancients also had their version of fame in the word ‘fama’ meaning rumour or reputation.

The stealth obsessives prefer to think that they are not interested in these base matters, that they are above such shallow pursuits but even they can’t resist pouring over celeb gossip mags in the salon or even occasionally indulging in a guilty little Daily Mail sidebar vortex.

Personally, I straddle the two categories and I can’t say I feel any guilt for having a keen interest in the lives of celebrities. After all, for the most part, they need me to pry – my consuming the details of their lives is a crucial part of the celebrity eco system on which they rely for their money and success.

Obviously, the thing that is even more fascinating than a solo celeb is a coupled-up celeb and when celebrities marry our interest intensifies. To gossip is human, and frankly, as much as our own friends can provide fun gossip fodder, ultimately J-Law and Darren Aronofsky et al are leading far more exciting lives than Saoirse and Paddy from the PTA. It is also something of a victimless crime, in that gossiping about friends is slightly shady behaviour, while I think we all know that J-Law is definitely not going to care too deeply about what three Penneys-clad friends are saying 12,000 miles away over a budget wine.

So why are we so obsessed when the celebosphere is at such a remove from our reality? Our curiosity for one another is well-documented, the success of Gogglebox and Big Brother tells us that we will literally watch other people doing nothing. Celebrities, however wealthy and privileged they may be, are still living out a human narrative even if it is on a macro level and my god we are obsessed.

As founding editor of Gawker, Elizabeth Spiers wrote in the Washington Post:

Spiers goes on to posit that while celebrities are in no way fictional people, they are enacting stories, real-life large scale dramas that the media helps to spin and we tune into for regular updates. She argues that certain couples will be more compelling because of the narrative they take part in. For example, the marriage of Ben Affleck and Jennifer Garner was a redemption story, “bad boy settles down. It’s also a sequel of sorts, the bad boy’s previous relationship with Jennifer Lopez – the other Jen – had been fraught with much of the same drama, and was ubiquitously covered and discussed at the time,” writes Spiers.

The other great not-so-enduring celeb couples have similarly succinct storylines: Elizabeth Taylor and Richard Burton were a Shakespearean tragedy doomed by the very passion that drew them together. Meanwhile, Brad Pitt and Jennifer Anniston were a fairy tale – the girl-next-door, TV actress selected by a Hollywood star and whisked away from mid-level celebrity to the big leagues. 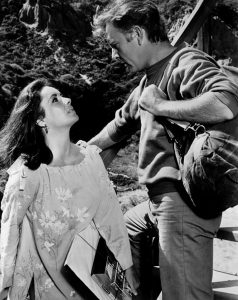 In a way the Anniston/Theroux narrative speaks to us for the very fact that it is a love story of the most underwhelming, least cinematic proportions. They didn’t manage to make their marriage work, something that is a very real prospect out there on the horizon of many of our lives. And so we pour over the low-key statements released on social media and we speculate about the potential reunion of Jennifer Anniston and Brad Pitt because we want a reason, some kind of resolution. But really, as we all know, sometimes there are no answers why.

Celebrities tell us a story about ourselves, that is why we are interested. Celebrity marriages can be seen, in a way, as a reflection of our ‘civilian’ marriages in an alternative universe where the loads of financial stress, children and career are somewhat lessened. Perhaps it gives us some strange kind of comfort that even when circumstances are perfect, nothing’s perfect.