Calvin Harris Proves He Is The Perfect Boyfriend, Makes Us All Feel Jealous

Recently, superstar DJ Calvin Harris has really gone up in our we-want-him-as-our-boyfriend book. Aside from the fact that he’s talented and super cute, nothing says perfect boyfriend material than the guy who gushes about his ?incredible? girlfriend, and isn’t the slightest bit afraid to keep doing so.

Case in point, Calvin Harris. Harris has been making quite a few headlines lately thanks to his blossoming romance with fellow superstar Taylor Swift, and while she has kept quiet on the whole thing, he hasn’t been afraid to publicly say how much of a difference the romance has made to his life and general happiness. Which is so adorable, that we can barely speak.

First there was this too-cute tweet about his ?girl? Taylor making strides in the music industry:

And now, he spoke publically about Ms Swift on a UK radio show, saying such sweet things that our hearts turned to mush.

It’s going absolutely fantastic,” the Scottish DJ, 31, told KISS FM UK. “It’s interesting, because obviously there’s different things written about it every day and even if we don’t do anything publicly for a while, someone will make something up.” But don’t worry; he loves her too much to care about the media attention. “For me, it could be a lot worse, and I’d still be like insanely happy with her,” he gushed. “So, I’m good with it.” Lucky gal Taylor, it seems like she may have just met her perfect match. 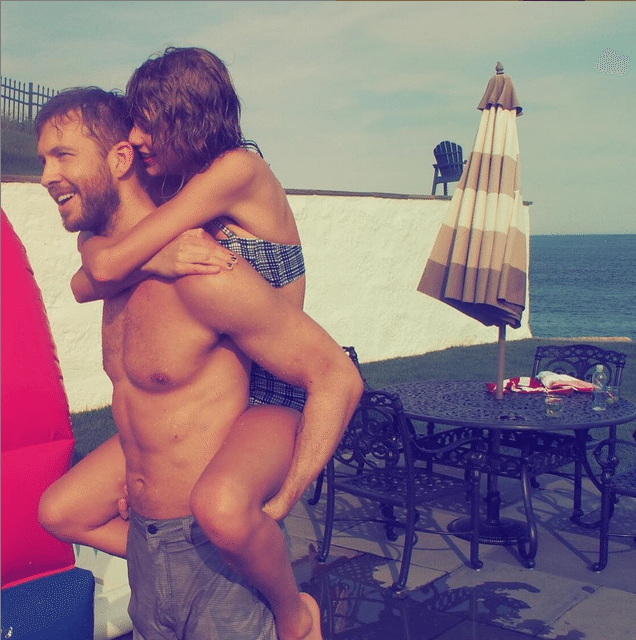 And he added that Taylor, just being Taylor was good enough for him. “It’s boxes I didn’t even know existed, she ticks,” he said of Swift. ?It’s really ridiculous… She’s generally an incredible cook (we knew he loved her cooking) and human being.”

It seems long-distance works for this couple, and despite their hectic lives, they always seem to find time to be together. “The luxury is we can both travel very easily,” he mused. “I think that’s a reason that it works so well… It’s really not hard to see each other on a regular basis.”

Seriously, we can’t help but feel very jealous, could the guy get any more perfect? But on the other hand, we’re genuinely happy for Taylor. She has an incredible talent and work ethic and gets an awful lot of stick for just trying to succeed in the love department, like girls her age would like to. She deserves happiness and we hope that Calvin continues to make her just so.

Listen to his interview here.