A Beginner’s Guide: The reality of working as a Christmas Elf at Fota Island

This week Geraldine Carton ventured down to the Rebel County, pulled on a ridiculous costume, and experienced what it’s like to work as a Christmas Elf at the”Seek” Fota Island Christmas Experience. Here’s how she got on.

For many, Christmas is a season for giving. For spending special moments with family. For eating more food than you ever thought humanly possible. For about 170 young Corkonians (generally those aged between 16-20 years old), however, Christmas is a season for dressing up in multicoloured costumes; donning festive face and adopting a new “elf persona” every day for hours on end.

Yes, this is the life of a Fota Island Christmas Experience Elf.

When I arrive Marketing Manager of Fota Island Resort, Seamus Leahy, gives me a quick run-through the whole concept before administering me my elf name. It’s “Cinnamon Apple Spice”. I want to say that I’m pretty sure this is actually the name of a Starbucks drink, but I stay shtum.

Seamus clearly loves his job and is bursting with pride over what he and his team have been creating over the last six years with their Fota Island Christmas Experience (every year it follows a specific theme and this year’s theme is Seek – as in, “Seek out the magic”). The entire operation has taken 15 months of planning and preparation, while the build took three months to create. As you might imagine, this is not your average Christmas experience. It’s certainly a world away from the shopping centre Santa visits I would have experienced in my youth… 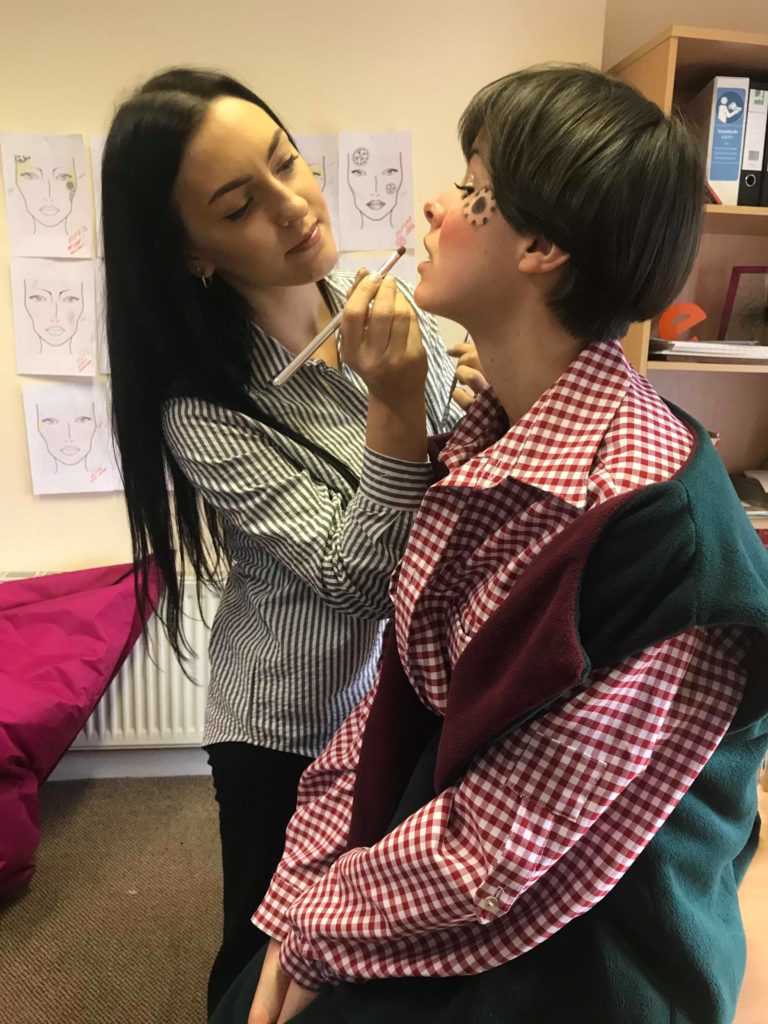 Behind the scenes make-up and costume

I have been assigned an Elf chaperone for the duration of my elf experience. From the second I meet “Tinselton” (I was never told what his real name was) until the moment I wave goodbye, he stays in character for the entire duration. Although I can’t question his undeniable commitment to method acting, I must admit that this becomes a little grating as the day goes on.

At one point, away from the ears of children, I try to get more information about the interview process he had to undergo before getting the job. To this Tinselton replies with “Ohhhh – but up in the North Pole, we were BORN as elves!! We have been doing this aaaallll our liiives…” Having woken up very early to drive down to Cork that morning, and having gotten lost three times along the way, I very much would have preferred him to shelf the elf for even just a minute. And yet, he persisted. 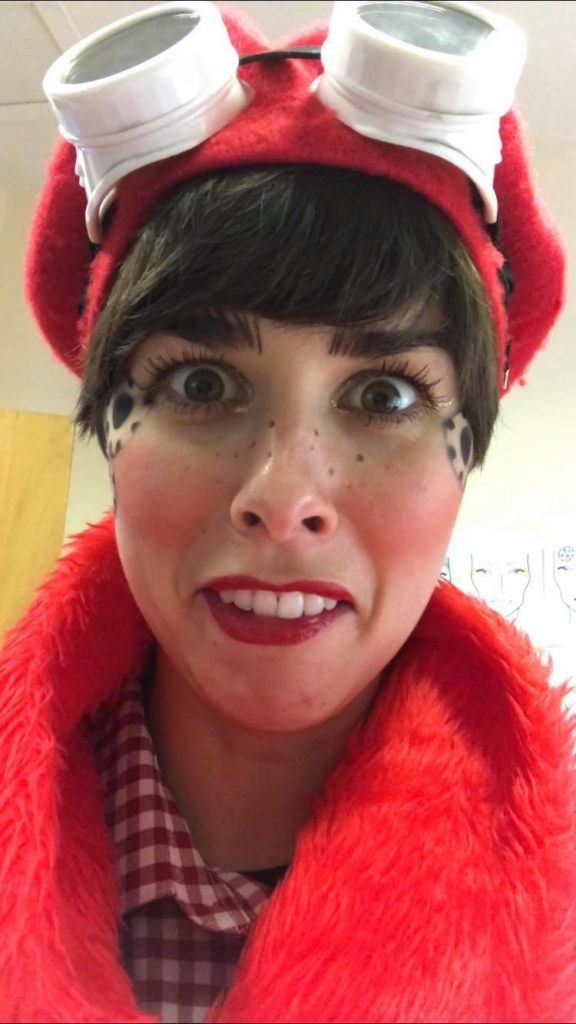 The job, from my perspective, is an incredibly exhausting one. Imagine the energy that babysitting a few children for an evening requires. Now multiply that by about 200 children per day, and multiply that again by every single day over the month of December until the 23rd, when the whole thing finishes up. Being 27, my energy levels pale in comparison to the younger elf comrades, who seem to have endless amounts of it as they bounce around, introducing themselves with swaths of enthusiasm to a new set of children and their parents every 30 seconds or so. “Hello! My name is Twinkle McWinkle!” “Do you like Christmas?! I LOVE CHRISTMAS!” they gush over, and over, and over…

Upon emerging, each child is certain of one thing; this guy’s the real deal.

The best part of the experience has to be seeing the children’s reactions to the various elaborate attractions and features around the site. More specifically still, it’s their reactions to Santa that really pulls on my heart strings.

It’s worth mentioning that this Santa has kept with the times here, as he has a sneaky iPad by his side which tells him a host of information about each child (which the parents have inputted onto a corresponding iPad in the waiting area before). The level of amazement and delight that creeps across each child’s face when they realise that Santa knows who they sit beside in school; which tv shows are their favourite; what their pet rabbit’s name is… It’s just brilliant, and effectively ensures that upon emerging each child is certain of one thing; this guy’s the real deal. 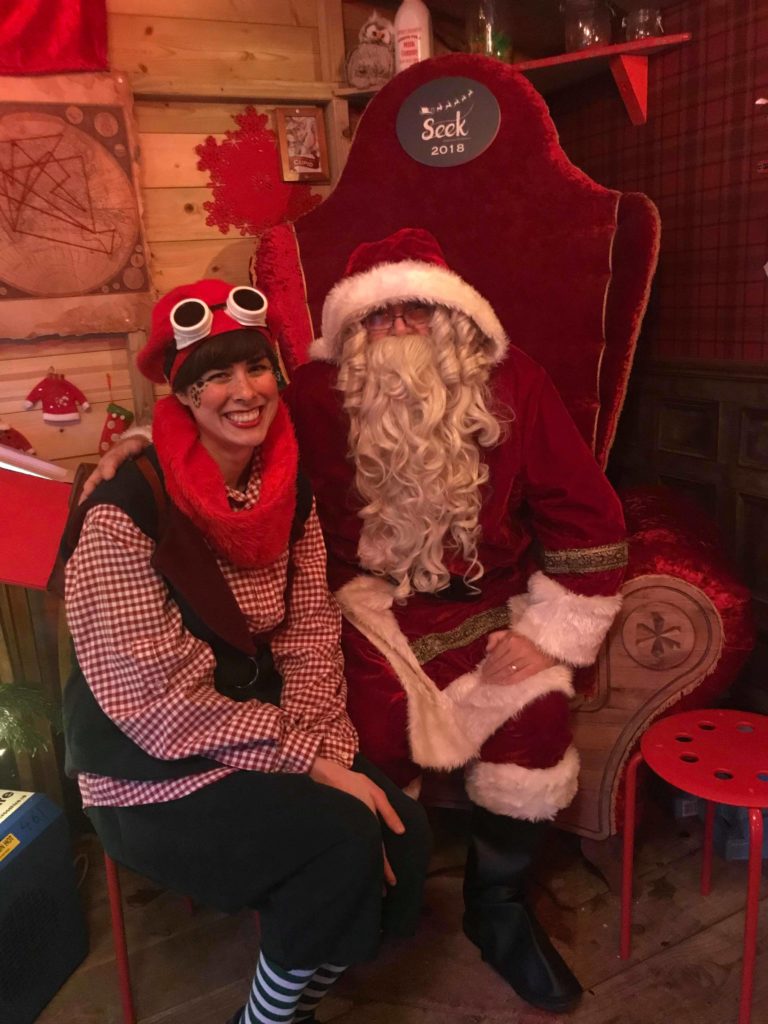 One family sticks out in particular that day; a young couple who have brought their two year old son Callum to meet the big man in the red suit for the first time. Callum is the epitome of an angelic child; complete with cherub cheeks and a gorgeous, gentle disposition. And to add to his angelic nature, the only thing he wants for Christmas is a Kinder Surprise egg. I know, my ovaries are throbbing, too.

Callum’s mum must have known about his penchant for oval-shaped confectionery, because she has brought a Kinder egg in her bag, and slips it into Santa’s hand discreetly whilst Callum is inspecting the the faux fireplace nearby. Then Santa does his bit of asking Callum what he wants for Christmas, and when Santa produces the chocolate egg out of thin air, Callum’s little cherub face is filled with mystified shock, and then utter glee. All the while I am standing in the doorway, screaming like I have just won my favourite team score the winning goal.

Nonetheless it’s nice to know that Santa’s view hasn’t been tainted, and that all the children who attended the SEEK Christmas Experience have evaded this year’s Naughty List. 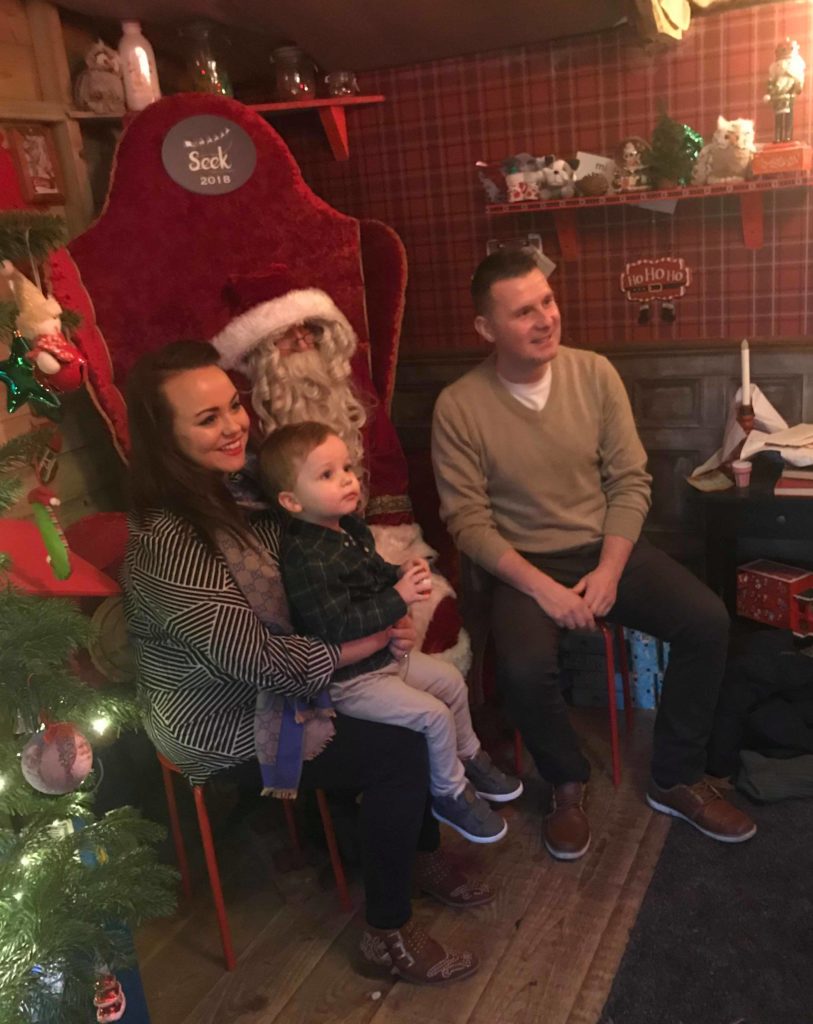 Callum with his parents and Santa (and Kinder egg in hand)

Talking to Santa after, he says it’s the joy of seeing children like Callum, who get such happiness from the experience, that makes him come back year on year. “And I have to say, in all my years working as a Santa Claus, I’ve never once encountered a bold child”.

Having only just spoken to the elves outside for a few minutes before, I don’t mention the somewhat different opinion they have on the matter… “The older ones are always shouting about the snow on the trees being fake, or trying to convince their younger siblings that Santa isn’t real as they wait in the queue! Yesterday there was even a kid who kept pinching all the other kids! She was a nightmare!”

Nonetheless it’s nice to know that Santa’s view hasn’t been tainted, and that all the children who attended the SEEK Christmas Experience have evaded this year’s Naughty List. I leave with a happy, festive heart, and as I close the door to the grotto behind me, I hear Santa chuckle one last thing under his breath. “Bad kids?! Sure it’s the parents you need to be worried about!”

Special thanks to Seamus and the team for allowing Geraldine to experience Seek Fota Island behind the scenes. You can see her video footage from the experience in the highlights reel of her InstaStories here.

A Beginner’s Guide: This is what it’s like to work at The Shelbourne Hotel… Read here

A Beginner’s Guide: The lovely reality of working in a Dublin charity shop… Read here