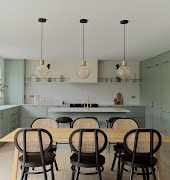 UPDATE: Jillian Fink And Patrick Dempsey Are Calling Off Their Divorce

UPDATE: Patrick Dempsey and Jillian Fink are calling off their divorce, sources have all but confirmed.

While the rest of the internet is going into a mild meltdown over Miley and Liam, we’re in deep awwwwwww mode at the news actor Patrick Dempsey and famous make-up artist Jillian Fink are giving their marriage another shot. The couple became estranged last year but were spotted on what appeared to be dates in Paris during the winter.

A source told People that the couple, who attended Marie Claire’s Image Maker Awards last week, “seem very happy and are spending a lot of time together. They go on dates and are also involved with the kids together. The divorce made Patrick miserable. It was definitely a wakeup call.”?The couple has three children: Tallula, 13, and twins Sullivan and Darby, 8.

Jillian won an award on the night for best make-up artist, with Patrick and their children at her side.?Add this to the fact Jillian posted a photo to Instagram of her with Patrick on his 50th birthday. As the source all but confirms, “There are no more divorce plans. Patrick and Jillian plan on being a family again.”

November 11th 2015: Patrick Dempsey and his estranged wife, the celebrated Hollywood make-up artist Jillian Fink, have been spotted on ‘dates’, fuelling speculation they won’t be divorcing.?

Marriage is difficult for the ordinary couple. Two separate entities trying to live in seamless harmony together? It takes work, patience and acres of empathy. Now, try doing that when your?life is conducted under a microscope, every appearance analysed in the media, various unnamed sources claiming to be close to you offering sentence long summations of your?personal strife. Welcome to the world of former married couple Patrick Dempsey and Jillian Fink.

Earlier this year news broke Dempsey and Fink were ending their marriage after nearly two decades together. They have three children together, including 13-year-old daughter Tallula and 8-year-old twins Darby and Sullivan.?The split initiated a storm of speculative headlines and coincided with Dempsey’s departure from the long-running television show Grey’s Anatomy, of which he was effectively the male lead. The killing off of his character, Dr. Derek Shepherd AKA McDreamy, shocked longtime fans of the show and led insiders to hint at strife betwixt Dempsey and influential showrunner Shonda Rhimes over his on-set behaviour. 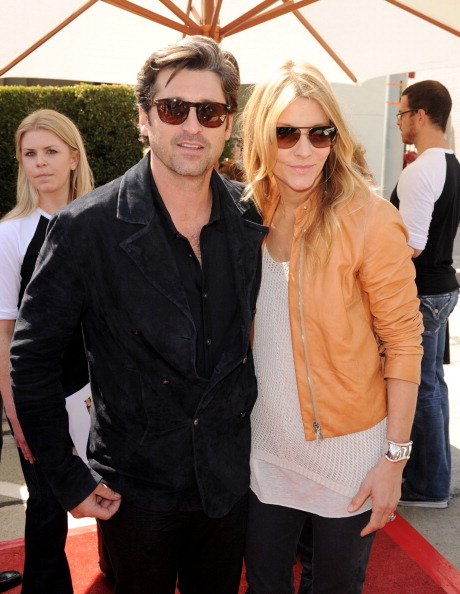 Dempsey lined up a high-profile role nearly straightaway. He’ll be starring in the new Bridget Jones movie, Bridget Jones’s Baby, opposite Renee Zellweger and Colin Firth. Apparently he’ll be playing a doctor and potential love interest. Considering Hugh Grant won’t be returning as Daniel Cleaver, this signals a big opportunity for Dempsey to re-establish a fledging movie career. Meanwhile Fink, who works under her married name, has been throwing herself into her acclaimed make-up artistry career. Fink’s clients include Kate Winslet, Anne Hathaway and Jennifer Lawrence, who she’s currently accompanying on the press tour of the final installment of franchise The Hunger Games.

It’s been a productive post-split period for the former couple. However, various outlets are reporting that Jillian and Patrick might not be calling it quits just yet. Us Weekly have pointed to the duo’s recent appearances in Paris together. They were photographed in the French capital?holding hands and sources have confirmed the couple are taking things slowly. Us Weekly‘s source said Jillian has been reconsidering the divorce, she was the first to file proceedings, because her husband ?was going through a bit of a midlife crisis?But he’s snapping out of it.”

Considering Jillian and Patrick took some time to stop on the famous Pont des Arts bridge, the Love Lock Bridge as us crass Westerners would say, it’s looking very likely these two might just make it?