Despite the fact that she is one of the most recognisable women in the world, actress and activist Angelina Jolie has remained an enigmatic public figure over the years. Though she still does the occasional film, she has largely stepped away from the Hollywood spotlight, choosing to focus on her humanitarian efforts as special envoy to the UN and her directorial work, such as last years By The Sea. She will also take on a new role next year; as a visiting professor at the London School of Economics (LSC). One of four new visiting professors, she will teach a master’s course detailing the impact of war on women.

Despite her usually private demeanor, Jolie spoke candidly to BBC’s Radio 4?about her work as a UN special envoy, her breast cancer treatment, and her children and family life. ?Jolie was one of the guest editors of?Woman’s Hour, as part of a ‘Takeover Week’ in which prominent women spoke about issues close to their hearts. In the 45-minute programme, Jolie chose to focus on the issue of women’s health in refugee camps, ahead of World Refugee Day on Monday, 20th June.

She spoke passionately about the refugee crisis in Syria, urging listeners to try and imagine the hardship so many people endure in their daily lives. She explained that due to the lack of UN funds for supporting the crisis, the basic needs of refugees – from nutrition, medical care to ?luxuries? such as soap – are not being met: ?When we talk about health for refugees, I think the way to think about it is that it’s a luxury,? she said. In this context, she said, even common health problems can be devastating. ?I just met a woman two weeks ago whose child died of asthma, so when we talk about [refugees who have] cancer, can you imagine the reality of that?? She praised the many groups around the world who were dedicated to fighting for the cause, trying to make a difference to those who needed it most. 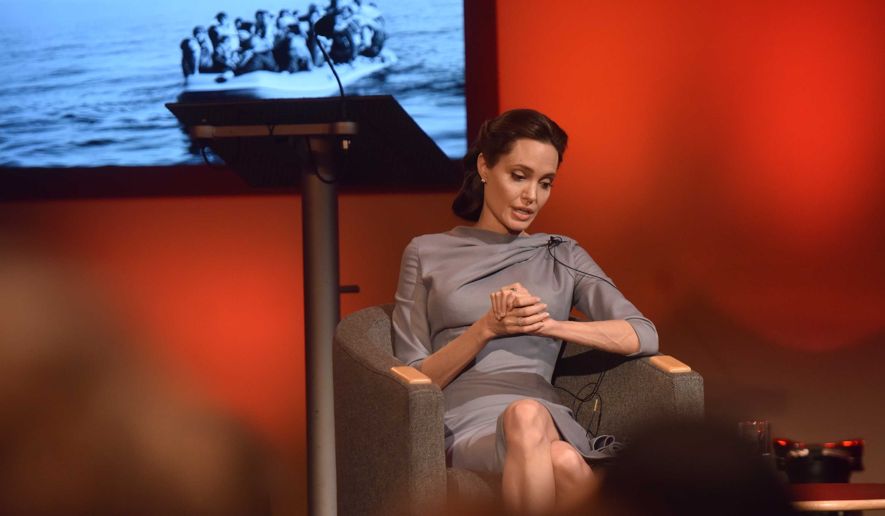 Jolie drew on her own cancer experiences, saying that working with refugee women had made her realise how fortunate she was to have access to proper healthcare facilities; she underwent a double mastectomy two years ago when she discovered she carried the gene that increased her risk of getting breast cancer – an 87% risk to be exact – and following this, had surgery to have her ovaries and fallopian tubes removed, choosing to openly speak about her experience in a powerful Op-Ed for the New York Times?in order to share information’that might help other women.

?I don’t encourage every woman to make the decision I made,? she said. ?But I think it’s really important that we all share anything we learn, and we stay connected. I believe in that the way women can share and support each other.?

She stayed talking on topics of a personal nature, speaking affectionately of her family and small army of children – she has six; three of which were adopted husband with Brad Pitt after they were orphaned by war – and said that the Jolie-Pitts celebrated World Refugee Day at home, some of the children have also joined their mother on refugee days, saying that she wants them to admire the extraordinary people for surviving harsh realities with such grace and dignity. 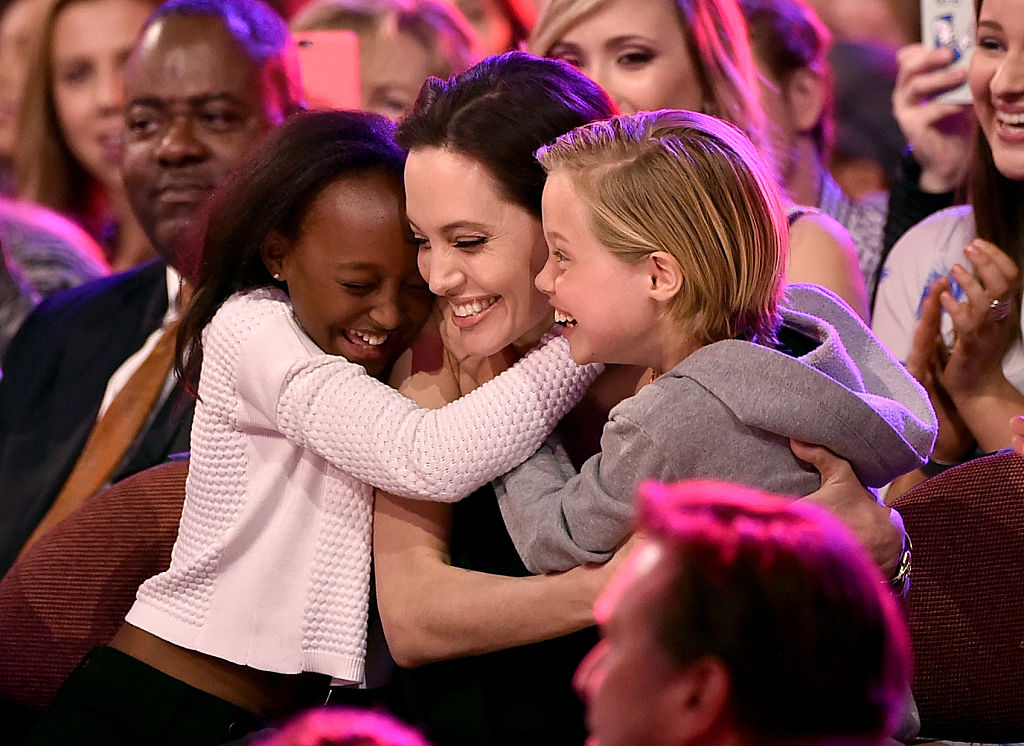 She also detailed how her eldest son Maddox would help her make a Netflix original film based on the 2000 book First They Killed My Father: A Daughter of Cambodia Remembers. The project carries a personal significance for mother and son since Maddox was adopted from Cambodia 14 years ago. “Maddox will be on set every day after school and involved behind the scenes. We will be side by side learning about his country. . . . He is my son, but he is also a son of Cambodia. This is the time for our family to understand all that that means to him and to us,” she said of the project, adding that it had been a really special experience.

Jolie revealed that each of her children was learning a different language. Shiloh, 10, is learning Khmer; Pax, 12, is studying Vietnamese; Maddox, 14, German and Russian; Zahara, 11, French. The 7-year-old twins, Vivienne and Knox, are learning Arabic?and sign language, adding that none of them expressed any interest in following in the footsteps of their actor parents, which she expressed relief about.

None of my kids want to be actors, thank God…?I suppose that just means that you don’t know who your children are until they show you who they are, and they’re just becoming whoever they want to be.?