Hedi Slimane made his highly anticipated debut for Celine on Friday and the result was a combination of commotion for the new, and a sense of familiarity from Hedi’s old haunt, Saint Laurent. Formerly the head of Creative Direction at Saint Laurent, Hedi Slimane is famous for dropping the “Yves” from the houses ready-to-wear line and accelerating the French house’s popularity among younger buyers.

For the last ten years, Celine has been under the safeguard of Phoebe Philo, who is hailed for harmonising the relationship between women and their wardrobes. She designed for modern women: structured and unstructured silhouettes would become synonymous with the label, as would fine leather, cotton suits, explosive patterns and minimal ornamentation. In 2017, after Philo’s final collection for Celine, Vogue fashion critic Suzy Menkes noted how Philo’s Celine “offered respite to women’s closets”, stating that the former designer “shows an understanding of 21st-century female empowerment through whimsical clothes”. Philo’s clothes were not just simply for women, they were also about women. There’s little doubt that she is one of the most interesting and elusive designers of the past generation, so it came as a surprise when it was announced by LVMH last December that Philo was stepping down, and even more of a surprise when her successor was announced to be Hedi Slimane. 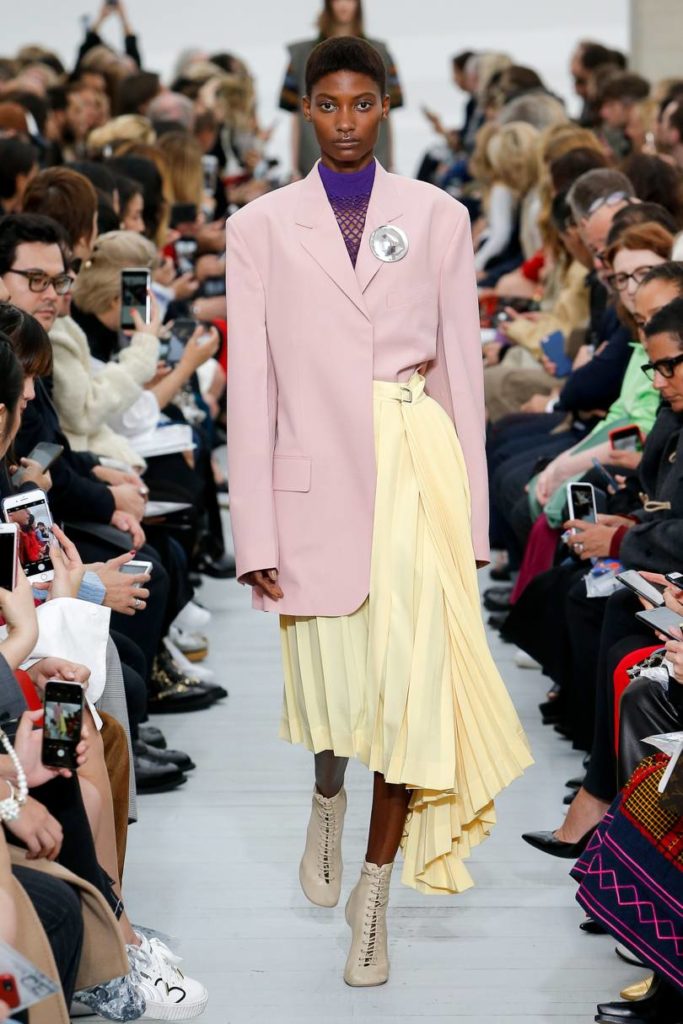 Hedi Slimane’s Celine – sans accent on the ‘e’, of course – is, in every way, incredibly different from Celine of old, and very much mirrors his previous collections for Saint Laurent. Models wore super-skinny tailoring and sparkling pouf skirts. It wasn’t sloppy or even sporty – as Menkes notes in her most recent critique. It was, however, a carbon of Slimane’s previous work at Saint Laurent – particularly its AW18 collection, which caused uproar after the catwalk show.

In last night’s @celine show , Hedi Slimane picks right back up where he left off at @ysl .  TBH, did we expect anything else?  Hedi is a branding virtuoso with a focused, but narrow repertoire of retro club kid looks. With the likes of Anthony Vaccarello and Alexandre Vauthier churning out more elevated mega-watt 80s-inspired collections in recent years, Slimane’s now look high-street by comparison.  A few sharply tailored XXL shouldered looks stole the show, but most glaring was the fact that it took 30 exits to see a model of color.  While he has a way of unearthing our hidden desires from time to time (all the financial reports from his tenure at Saint Laurent will attest to that), the white youth obsession is something we definitely won’t be buying into lol.  LVMH is banking on the $limane dollars, but apparently not the creativity. We were hopeful and prepared to be surprised, but seeing the new season thumbnail on the Vogue Runway app stacked ahead of all of Phoebe’s glorious collections for Céline reminds us to always remain cynical. • #celine #hedislimane #lvmh #saintlaurent #ysl #anthonyvaccarello #yvessaintlaurent #phoebephilo #retro #glam #club #clubkid #vintage #80s #newwave #rocknroll #dejavu #sequins #ruffles #minidress #ootd #wiwt #pfw #parisfashionweek #dietprada

Fashion insiders and influencers are sharing their love of old Celine in the most millennial way possible: with an Instagram page dedicated to the designs of Phoebe Philo. Aptly named @OldCéline, the account shares retrospective images from Celine’s earlier collections under the stewardship of Philo, including one of Celine’s most-loved campaigns featuring Joan Didion, shot by Juergen Teller. The account, which launched last month, has already amassed a following of more than 36K followers dedicated to keeping the spirit of Philo alive. Though the creator(s) of the account is unknown, many have shared their congratulations on owning a brilliantly simple Instagram handle, which in itself is a total anomaly.

One of fashion’s most iconic campaigns. Joan Didion for Céline by #PhoebePhilo shot by #juergenteller Modern. Strong. Powerful. Beautiful. 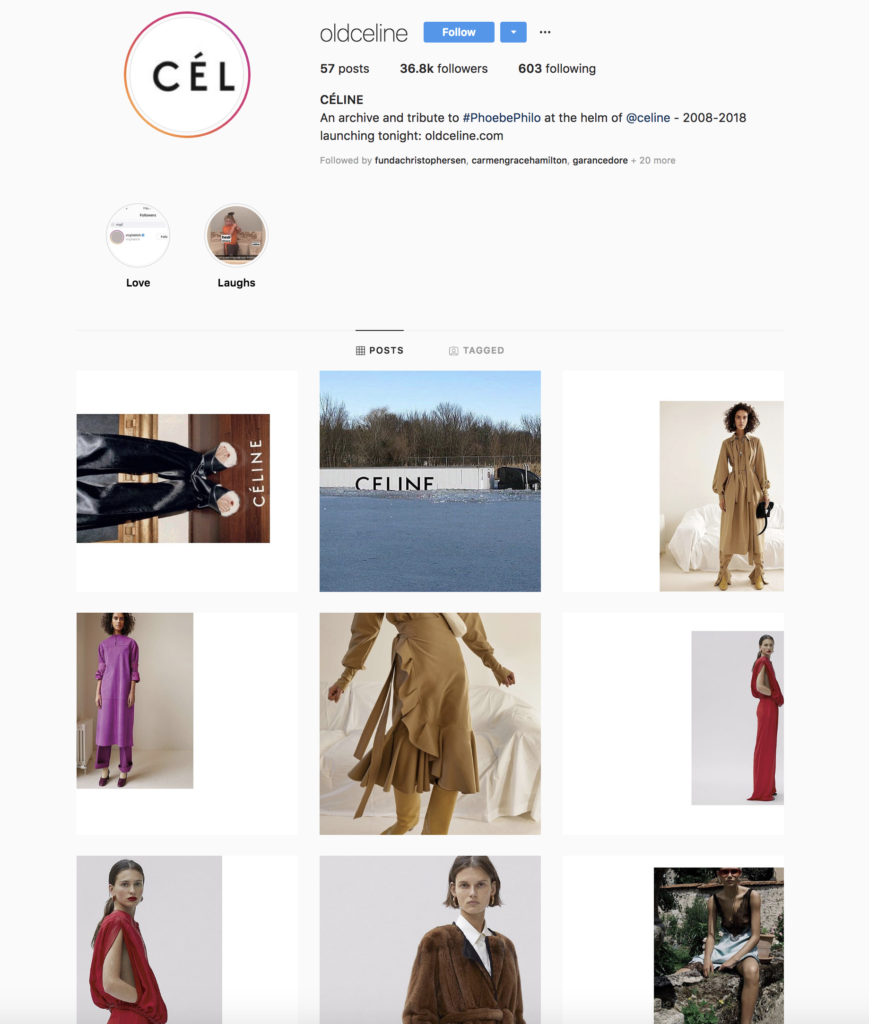 Celine has entered a new era and it’s hoped that it will be a profitable one (Slimane is praised for Saint Laurent’s meteoric success. In his first three years, the brand more than doubled annual sales revenue to €707 million, up from €353 million, according to Business of Fashion). But as Cathy Horyn from The Cut puts it, Philo is a designer for the slower era and new Celine is directly targeting Gen Z – those born in the mid-1990s – now 25 per cent of the American market, and even more in Asia.

But we must adapt as fashion does, because if we don’t, then we die. Slimane’s full power will only come into effect over the coming seasons, but for now, you’ll find me at @oldceline reminiscing on more whimsical times like the 2012 Resort collection…