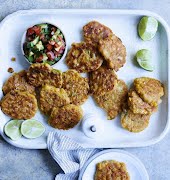 From benches and sheds to your front door: a guide to painting outdoor wood

4 Of The Best Gymnastics Routines To Watch

It really is a pleasure to watch someone do something well. Whether it’s play music, cook up a meal, sketch a portrait or play sport, even if you don’t understand it or how they do it, unbelievable’skill can be appreciated by the most inexact of eyes. And it’s probably why the gymnastics is most people’s favourite Olympic sport – because it’s impossible to even wrap your head around most of their basic skills. The amount of times we’ve repeated “How?” and”WOW!” this weekend, you’d think we’ve never strung a sentence together or have jobs as wordsmiths. But we have and we are, we lost all capability again last night when the women’s team gymnastics finals, which kicked off at 8pm Irish time. And they were nothing short of incredible.

The USA team took the Gold, but all teams performed well. In honour of the occasion (and because we never tire of looking at these incredible athletes), we take a look at some of the most famous routines ever to grace the international gymnasium stage.

A perfect ten had never been achieved in gymnastics before the Romanian teenager took to the uneven bars in 1976. But a phenomenal routine that was truly flawless means that Comaneci goes down as one of the most famous gymnasts of all time. We should ?note that gymnastics can no longer achieve a perfect ten. They are scored in two categories, execution and difficulty, which are then added together but anything in the mid 15’s or higher would be considered medal-worthy.

She is already been hailed as a prodigy, The Face of the Rio Olympics, and any less than five gold Olympic medals (on vault, floor, beam, all-round and team) will be considered a let-down for Simone Biles. That’s a lot of pressure on the 19-year-old but she seems to be handling it with not only the grace but only a serious dose of power. Check out her near-perfect floor routine for the earlier this year.

Completely different to Biles as a gymnast but no less impressive, Nastia Luikin’s?2008 balance beam performance won her the Olympic silver medal. She was pipped to the golden post by her teammate Shawn Johnson but we couldn’t ignore that one-footed landing ?- gives us gasps every time.

The releases in this uneven bars routine are just unbelievable and the amount of innate skill and years of’discipline she packs into the 40-second routine is awe-inspiring.

Now settle down and see if the US women’s team can live up to the expectations as one of the best Olympic gymnastic teams of all time and take gold.

On BBC One from 8pm.