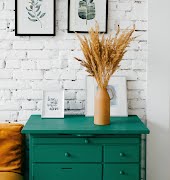 ‘I was out of work for five months but spent most days on the allotment....

Summer earrings to brighten up any outfit

No one wants to only spend 24 hours in New York. For some people, 24 years isn’t enough time to discover the entire island-city.

But if you must, whether it’s for a stopover before you move on to even further flung places or because you need a day’s escape from visiting family upstate, here’s our super-short and not at all conclusive guide to Manhattan in 24 hours.?For a guide to Brooklyn, head over here.

The rooms at hipster magnet The Ludlow may be bijou but that’s where the modesty ends – en suite bathrooms are a stylish, zeitgeisty m?lange of marble, brass and lightbulb mirrors, while the lobby bar is all exposed brickwork, comfy leather sofas and a roaring fireplace. 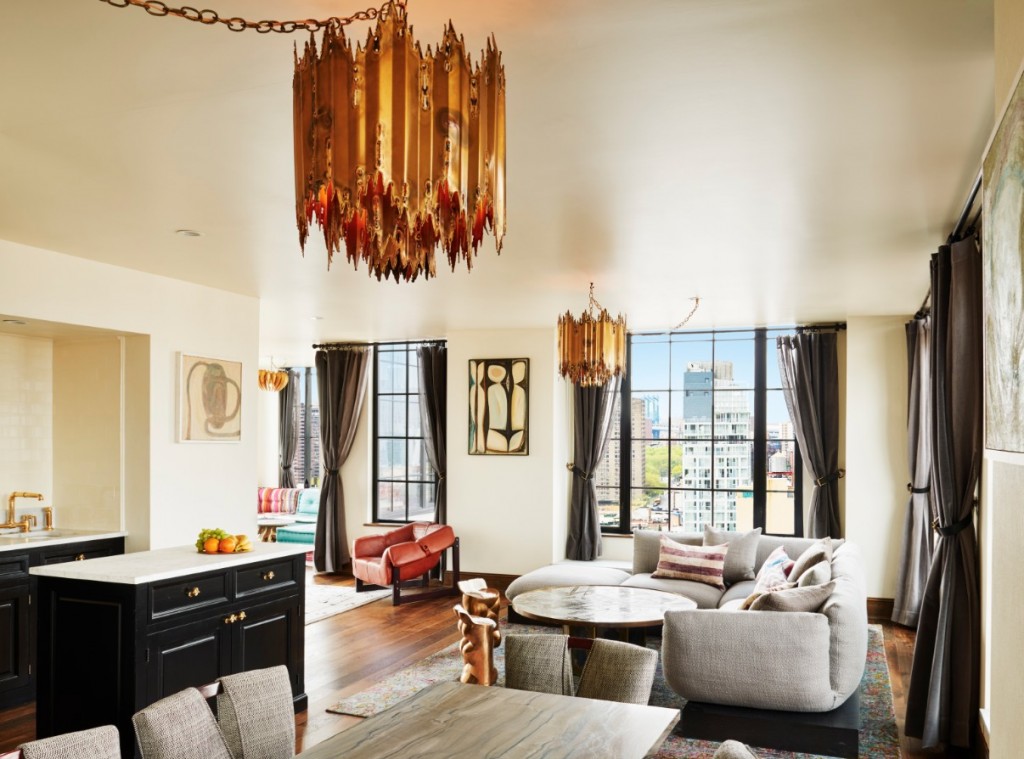 Welcome to the home of the perfectly poached egg, bottomless mimosas and outlandish pancake toppings (chicken satay stack anyone?). Head to Buvette on Grove Street, a wee slice of Parisian life in the West village, for velvety coffees, buttery croissants with fruit compote and silky scrambled eggs. Resist the temptation to people-watch here all day. 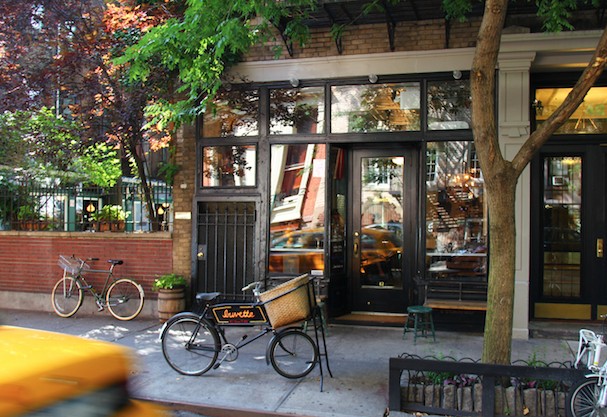 For an alternative aspect of the city, head up the staircase on Gansevoort St. to ?The?High Line. An almost 2.5km stretch of disused railroad was repurposed in the late 2000s into a beautifully landscaped pedestrian walkway. Now considered an architectural and urban landscaping gem, the path gives New York’s architecture space to breathe, away from darkened sidewalks and snaking traffic. 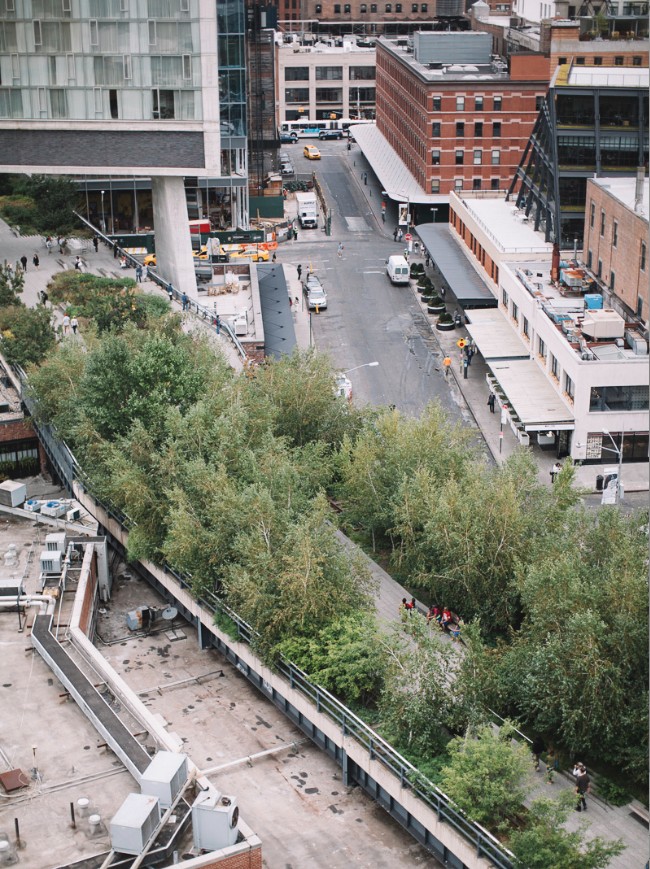 Get the A or the C metro up to 81st and head to Artie’s Delicatessen on Broadway and 83rd for the traditional New York deli experience. Select one of their speciality sandwiches (anything with their Russian dressing is the business) and don’t forget to tip as they make it, a few dollars under your plate will add a few extra inches to your sandwich. 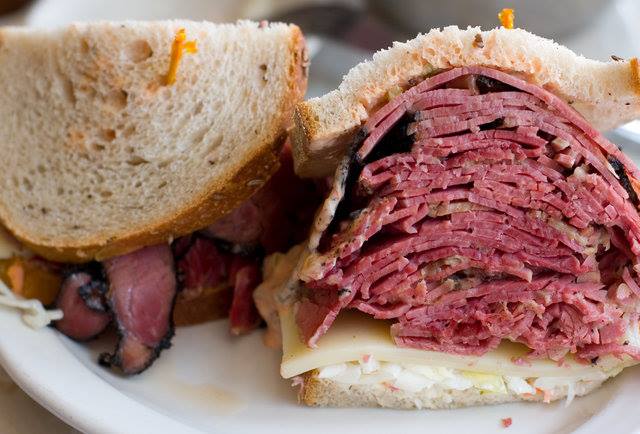 Now that you’re fueled up once again, the museums are calling. The Amerian Museum of Natural History,? The Metropolitan Museum of Art?and the Guggenheim are all worth a visit but only pick one depending your interests – otherwise, your feet will be screaming as your shuffle around the Hall of Ocean Life. If you do opt for the AMNH,?time your arrival on the hour so you can catch one of the whistle-stop tours and definitely don’t miss the top floor dinosaurs, mesmerising for all children, both young and old. The Met have also just opened their newest rooftop garden installation – a haunting house by Cornelia Parker that looks as though it’s just landed on the roof of the iconic building. Very Wizard of Oz.

Afterwards, walk back down through Central Park onto 7th Ave. If you need a break, sit on the red ‘bleachers’ and consume yourself in the lunacy that is Times Square for a few minutes. Fear?not though, the next Big Apple bite isn’t too far away at John’s Pizzeria?on 44th and 8th. Where once stood the mammoth organs in the converted church now holds four coal-fired brick ovens that shell out ‘pies’ of cheesy?heaven. Choose your topping but go light, these babies are plenty big and the best flavours are in the baking, not the toppings. 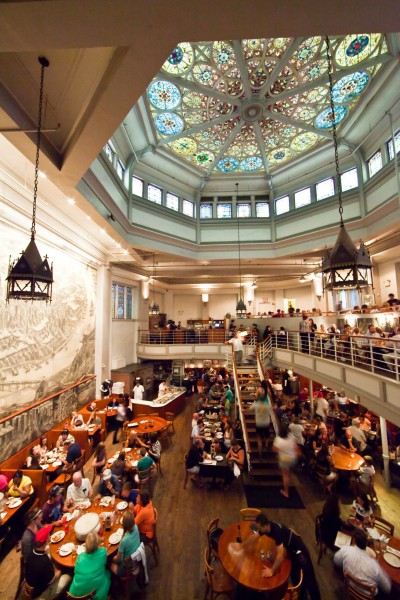 If you fancy a drink with a spectacular view, there are plenty of bars with a view. The small-but-perfectly-formed?Spyglass has an eyeful of the Empire State Building from its outdoor terrace. Reserve a seat in time for a sundowner tipple and watch the city melt from day to night.

However, for a true peek into New York’s hipster home, call into Apoth?ke?in Chinatown for one of their famed cocktails. Impossible to find (look?for the “Chemist” sign hanging outside the entrance),?the hollowed out space plays host to the biggest sensory explosion your eyes and mouth will ever behold. Organic, local ingredients, most exotic concoctions and an unusual m?lange of clientele make Apoth?ke a necessary experience. 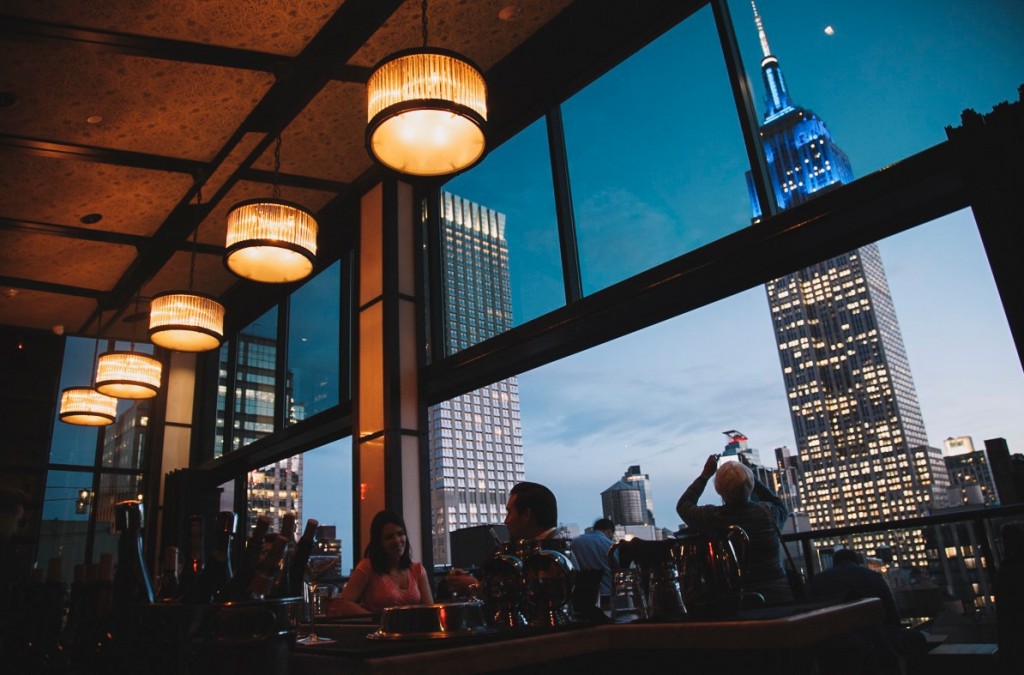