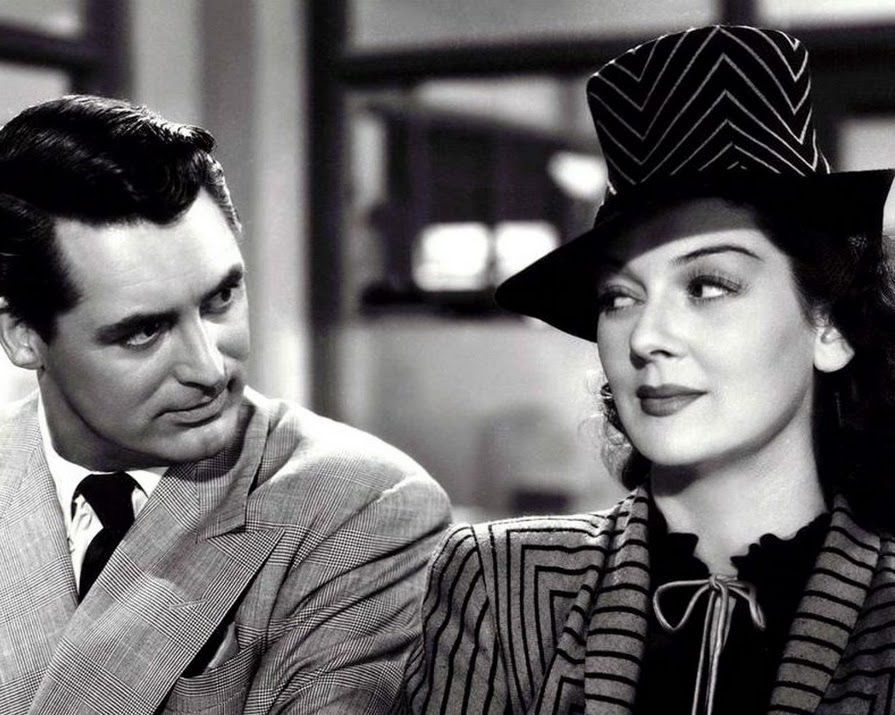 From His Girl Friday to The Wizard of Oz, some classic old movies on Netflix, Disney +, Amazon Prime and YouTube you can stream right now.

When I was a child, the woman who looked after me absolutely loved old movies. So while some children were growing up on Toy Story and The Lion King, I was reciting the lines to Easter Parade, practising my (terrible) tap dancing skills and thought the 1946 version of Miracle on 34th Street was everyone’s favourite Christmas film.

Since then, I’ve always had a soft spot for old movies. As a young teenager my first crush was Marlon Brando in A Streetcar Named Desire – and yes I am aware how problematic that is. If I’m feeling poorly or maybe have the afternoon to myself, I’ll stick one on, partly for nostalgia, partly for the fashion and partly for the music.

Thankfully, streaming sites seem to have caught on to the desire for a few black and white films, and have shared up what they can.

So what’s worth a watch?

If you have seen Lady Gaga’s A Star is Born, well this is the film it was remaking. It’s slightly confusing because Funny Girl is actually a remake of another film, also titled A Star is Born which starred Judy Garland in the leading role. Regardless, I would argue that the latest iteration is in fact the least interesting. Barbra Streisand is magnificent as Fanny Bryce, her voice is out of this world and the songs are a joy.

If there is any film classic you need to see, this is it, even just in case someone asks “who said ‘of all the gins joints in all the towns in all the world she walks into mine’s at your next virtual pub quiz (answer: Humphrey Bogart as Rick Blaine). Set during World War II, a nightclub owner must choose between his love for an old flame and helping her and her husband get out of Vichy-controlled Casablanca. You have to buy it (it’s €4 to rent or €10 to buy) but it’s worth it.

Starring Audrey Hepburn and Cary Grant, it’s a comedy/mystery in which a woman is being harassed by her murdered husband’s old war cronies. She turns to a mysterious man she met skiing for help but all is not what it seems.

It’s a light-hearted, easy watch and Audrey Hepburn is gorgeous as usual.

Considered one of the best films ever made, it follows the struggle of 12 male jurors trying to decide if a Puerto Rican teenager murdered his abusive father. Happening entirely inside the jury room, the group begin with a nearly unanimous guilty verdict before seeds of reasonable doubt take root amongst them.

They’re about to remake this musical classic, so if you haven’t seen it yet I’d advise you get on it quick before Ansel Elgort becomes your abiding memory of Tony. A classic tale of two star-crossed lovers is merged with the colourful and diverse streets of 1950s New York.

One of the most underrated Disney animated classics, Fantasia is an absolute must-watch. Designed as a comeback vehicle for Mickey Mouse, it was a complete experiment, merging Disney’s animation with classical music that hasn’t been seen before or since.

A classic screwball comedy, Rosalind Russell stars as a soon-to-be-remarried reporter, trying to get off her usual beat and away from her editor and ex-husband, played by Cary Grant. A man requesting a stay of execution is her last gig, but typically, things don’t go to plan. A perfect Sunday afternoon watch.

Famed for the scene in which Fred Astaire dances on the ceiling, it’s actually packed full of musical numbers starring Astaire and Jane Powell as a dancing sibling duo working in London during the Royal wedding of Princess Elizabeth and Philip Mountbatten.

The Wizard of Oz (Netflix)

Do I need to sell this one to you? Judy Garland, a yellow brick road, a cowardly lion and one epic song.

You can watch this entire British classic on YouTube for free. Two happily married strangers meet on a train and fall in love, struggling between their own desires and the responsibilities each of them have for their families and partners. Quietly moving with a poignant ending, it’s a lovely watch. Bring tissues.

If you don’t have a girl crush on Katharine Hepburn then you clearly haven’t seen The Philadelphia Story. Also starring Cary Grant and James Stewart (of It’s a Wonderful Life fame), Hepburn is the real star, playing a New York socialite about to be married for the second time, only to find three men vying for her affections.

Unlike so many heroines of this era, Hepburn’s character is wild and wayward, speaks before she thinks and has a magnificent tailored wardrobe. It’s €4 to rent on YouTube but I wouldn’t recommend it if I wasn’t sure it was worth it.

There’s a reason we watched this 1937 (!) film as children, and that’s because the first animated feature-length film Disney ever produced is still a great one.

The only Alfred Hitchcock film I can find on the main streaming sights, it begins as you imagine it might, the elderly companion of a young woman disappears on a train and she, accompanied by a young man she meets, proceed to search the train looking for clues to find out where she might be. Classic Hitchcock.

You will watch the wonderful Julie Andrews in this musical and realise how great this film is. Charming and funny with so many great songs and skits, it’s perfect family viewing. If you’re really getting into the swing of things then line up The Sound of Music for afterwards.

Read more: Why Netflix’s White Lines is your next brilliant binge-watch

Read more: 3 of the best drive-in events taking place in Ireland this summer

Read more: This is why you need to watch The Last Dance on Netflix (even if you don’t like sports)